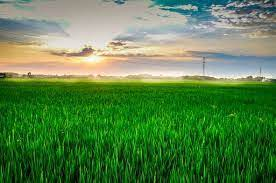 The introduction of high-yielding varieties of Indian seeds after 1965 and the increased use of fertilizers and irrigation are known collectively as the Indian Green Revolution. It provided the Increase in production needed to make India self-sufficient in food grains. The program was started with the help of the United States-based Rockefeller Foundation and was based on high-yielding varieties of wheat, rice, and other grains that had been developed In Mexico and in the Philippines. Of the high-yielding seeds, wheat produced the best results.

The green revolution is a term used to refer to the transfer of technology, to the agricultural sector that occurred in the late 1960s. This opened new horizons of scientific methods in agriculture, leading to better and more reliable crop yields. The Green Revolution mainly helped developing countries to meet their food requirements and strengthen the position of farmers.

Benefits of the green revolution: