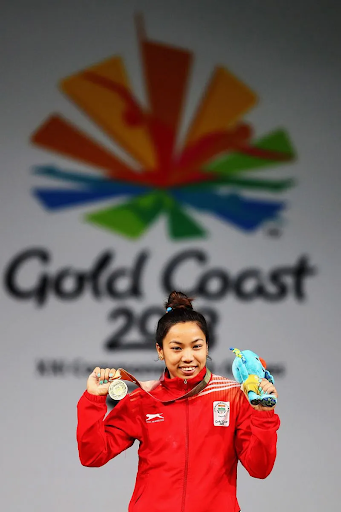 Chanu Saikhom Mirabai is a name that is on every Indian's lips these days. The weightlifting star has made India proud at the Tokyo Olympics 2020

Let's have glimpse of her life and achievement

Born on 8 August 1994 in Nongpok Kakching, near Imphal, Manipur from early life she was interested in weightlifting as she can handle heavy weight very easily as her brother struggled with the same weight, Her family supported her and her passion

Chanu Mirabai's career began with the Glasgow Commonwealth games where she won the silver medal in the 48 kg category. She also qualified for the Rio Olympics but could not finish with any successful lifts.

In 2017 she won the Gold Medal in the women's category weightlifting in World Weightlifting Championships at Anaheim, CA, USA. She created a record by lifting the 194 kg weight in total and 109 kg clean and jerk.

She also won the first gold medal for India in the 2018 Commonwealth Games.

In the 2019 World Weightlifting Championships, Mirabai lifted a total of 201kgs but finished 4th.

In 2021, she won the bronze medal at the 2020 Asian Weightlifting Championships in Tashkent

At 2020 Summer Olympics in Tokyo Chanu won a silver medal with a total lift of 202 kg in the 49 kg section.

For winning the silver medal at the 2020 Tokyo Summer Olympics