Review of The Alchemist Book 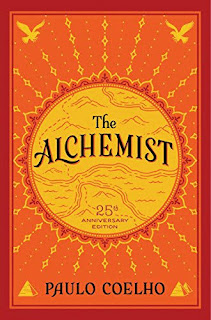 Paulo Coelho is a famous Brazilian writer. He published his first book in 1982 and has written more than 30 novels to date. The most famous of these is the 1988 novel The Alchemist. The novel was originally written and published in Portuguese. It has since been translated into 70 world languages.

The story is very, very simple. Let’s get into the story.

The region of Andalusia in Spain has mountains and fertile pastures. There a shepherd boy named Santiago stays with his flock in a dilapidated church in that mountain. He often has a dream. That is, he often dreams that he will get the greatest treasure if he goes to Egypt and sees the pyramids. He asks the girl from a nomadic group to find out if this dream will come true. She confirms this dream and says that it is true and that he will definitely get the treasure if he goes to Egypt somehow. The next day he meets a king in disguise. He also encouraged him and said that when you want to achieve something, this universe will create the environment for you to achieve. Not only that, he gives him two gems from his armor, buys some of his sheep and sends them money for the trip.

Santiago arrives in Morocco after a two-hour voyage by boat from Andalusia. There unfortunately all of his money and stuff is stolen. He has nothing on hand now because the money was stolen. So he works in a glass shop there. After working there for several months and arranging the money for the trip, he plans to travel to Alfheim in Egypt. Then an Englishman becomes a companion. That Englishman has a desire to meet an alchemist who has lived in the desert for over 200 years. The desert journey takes several days for the two to continue their journey together. They both live in an oasis due to the war against the nomadic tribes there. There the Englishman is looking to meet that alchemist who has lived for 200 years. At the same time, Santiago falls in love with Fatima, the daughter of the oasis leader. Santiago warns those who are there one day as the signs of an attack on the desert oasis appear. That is why he is appointed as the consultant of the oasis. As his life progresses smoothly as Fatima's love and counselor for the oasis, he tries again to chase his dream. Somehow he goes to Egypt and finds the pyramids and intends to get the treasure.

The alchemist, who then lived for 200 years, appears before him and helps him. With his help he goes to the pyramid. Paulo Coelho has written beautifully about whether the treasure was finally found and how it was found.

This is a story with a small center. But everyone who aspires to make their dream come true should definitely read this book at least once. Having the environment to make a dream come true makes life so much happier. Coelho has written fantastic comments on how people are capable of realizing their dream at any time of their lives. His words are also very simple. A journey in that desert, the sand, the air, the heat, the friendship of the Englishman, the love of Fatima, everything is simply described. The story, which moves like a magical journey, will be a pleasant read for those who are dreaming of a dream come true at any time of their lives.