The Book I Have Recently Seen 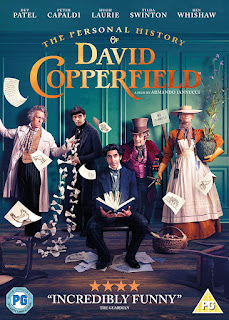 David is a posthumous child. Just after his birth, his grandmother Pegotti left the house in rage because she expected a female child rather than a male one. David's stepfather Mr. Murdstone is a hard-hearted fellow. He sends David to a Boarding School where David suffers inhumane torture in the hand of the Headmaster Creakle. By the by he meets Uriah Heep, a villain, who involves David into troubles and misleads him. By turn of fortune, David finds a job in a farm house and meets Agnes. She is an angel in David's life. But David can not marry her as destiny prevents their union. Eventually David marries a doll wife Dora. She also can not last long in his life as Plague takes her away. By turn David meets Pegotti and gets her blessings. But she also departs him forever soon. Once again David has to go out in search of fortune and Agnes remains his good concell though they never come closer to each other by bond of wedding.

In characterization and depiction of contemporary society, Dickens occupaies a distinct place in English literature.

I have greatly enjoyed reading the novel. The episodes in the novel will remain ever vivid in my memory for many years to come.