What is the History of Buddhism and Buddha?

In this article we will look at things like the origin of Buddhism and the biography of the Buddha.

Biography of the Buddha 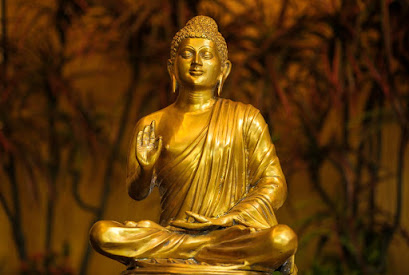 The Buddha's given name was Siddhartha. He lived during the time when the Mahavira lived. Siddhartha was born in the Lumbini forest near Kapilvastu in Nepal born in BC 563. His father was Suddhodana, the leader who ruled Kapilvastu. His mother Mahamaya died when Siddhartha was seven days old. He was raised rich by his nephew. His father wanted his son to be king to rule the world. But the astrologers predicted that Siddhartha would become a monk if he happened to see an old man, a sick man, a dead man and a monk. So Siddhartha's father started packing so that he could leave the palace.

Siddhartha grew up happily in the palace for many years enjoying all the comforts unknown to the outside world. He was raised to protect the sufferings of the world from his eyes. At the age of 16, he married his cousin Yasodhara. He was happily married and had a child, Rahula. After that, as predicted, Siddhartha saw an old man, a sick man, a dead man and a monk. Seeing them, Siddhartha began to think deeply about the cause of the world's problems. Wanting to realize the truth of the monk, he left his wife and child one night at the age of 29 and left the palace without telling anyone.

Dressed in saffron, he wandered in the forest to learn a lesson from the sages. All the sages said that wisdom can be attained only by grieving their body and performing severe penance. Hearing this, Siddhartha mourned his body for many years. He gradually reduced his diet and eventually ate only one bite of rice a day. The body became bone and skin. But he felt that it was not the way to reach the truth because his body was exhausted and his brain was exhausted by such austerities. He started eating again. All five of his disciples, seeing that he had begun to eat regularly, lost faith in him and left him.

For the next 45 years he traveled throughout northern India and taught the truths he realized. Buddhists call their teachings the Four Truths.

These eight paths are,

The Buddha performed his first teaching at Sarnath, near Varanasi. His teachings were not written during his lifetime, nor were they written until centuries after his disappearance. That is one of the main reasons why there are so many branches of Buddhism.

There are currently two major divisions in Buddhism.

1. One is the Theravada faction. It flourished in Southeast Asia.

2. The second division is the Mahayana. The division prospered in Tibet, China and North Asia.

Desire is the cause of suffering. The basic teaching of the Buddha is that ignorance and caste divisions are the cause of all suffering. A man should be measured by virtue and not by birth. No one is born superior or inferior. The Buddha insisted that it should be determined by what he did. The Buddha lived for almost 80 years and taught many things. He died in BC 483 at Kushi Nagar in Uttar Pradesh. The Buddha was born, attained enlightenment, and swam this worldly life in a single day. That is, historical records say that May is the day of the full moon. That is why Vesak Day is best celebrated by Buddhists. All religions and denominations teach pure love.