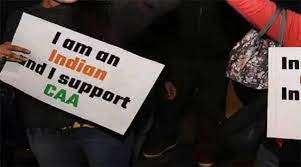 Why has the CAA been criticized by opposition parties?

India’s major opposition parties highlighted that the law is discriminatory as Muslims are not included in the list of immigrant communities that may benefit from the Act.

The opposition indicated that Muslims constitute around 15% of the Indian population, and the act excludes immigrants from that community. Therefore, it was criticized for being uneven.

There were also widespread protests in the northeastern states of India. The protesters are of the opinion that these illegal immigrants will break the economic, social, and political fabric of the northeastern states. They can also be a threat to the employment opportunities of residents living in these areas. Its objectives and reasons clearly stated that such refugees who have entered India before 31 December 2014 need special statutory arrangements for their citizenship-related subjects. The Ministry of Home Affairs has not yet notified the rules that will make the Act operational. There are several petitions against the Act which are to be heard in the Supreme Court in January 2020.