Demonetization happed on 8th November, 2016 when the Indian Government declared that the Rs.500/- and Rs.1000/- currency notes were not longer legal tenders. The move was sudden which stunned the Indian Economy where there is a parallel cash economy operating at all times. It is estimated that 86% of the currency was pulled out of Circulation. The Government claimed that this was a necessary step to curb Black money and rampant counterfeit currency which was used to fund illegal and dangerous activities like terrorism. The suddenness of the scheme had huge side effects. 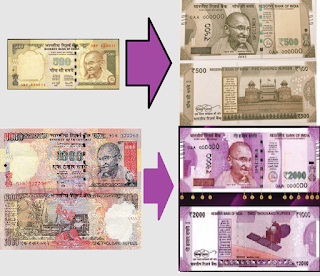 Impact of Demonetization on Indian Economy

Demonetization had a negative impact on the Indian Economy. It largely did not deliver its promises. No fruitful gain was observed for the Indian Economy. Demonetization adversely affected small operations and businesses so much so that many of the businesses were not able to recover and were forced to shut down. The entire operation and implementation was extremely ill timed and planned.

People  lost work hours because they were forced to stand in long ques outside banks to either exchange the old currency that they had or procure new currency. 86% of the cash currency was pulled out of the system resulting in the industry to come to a grinding halt. There was a sudden dip in GDP of the country. Many economists claimed that it will take at least 2 years for the economy of the country to recover.  The Government was not prepared to tackle the situation.

The new currency was way short in supply as compared to the demand. The cost of withdrawal of the currency and printing and issue of new currency was greater than the benefits claimed. The Government has till date not quantified or published data for the benefit of the public to clarify the benefits derived from demonetization. 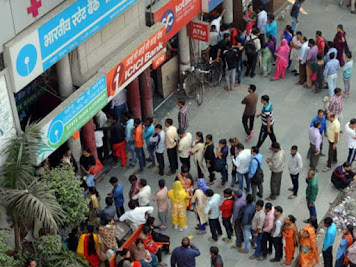 Advantages of Demonetization ‘claimed’ have been removal of black money and breaking the back of Terrorist and illegal activities in India. There is no substantial proof of this being achieved by Demonetization. However, the citizens of the country have moved towards cashless economy. During the initial period inflation rate went down with the prices of commodities declining.

Banking operations have become stronger, their lending portfolio has increased from MSME’s and small businesses. People are better equipped with handling virtual money instead of paper currency. Also, the month of November, 2016 saw maximum collections by the Government, Municipal and Civil bodies in terms over due and advance taxes and utility bills. Example: The Greater Hyderabad Municipal Corporation reported collecting about 160 crores in cash payments of outstanding and advance taxes, within first four days of demonetization. 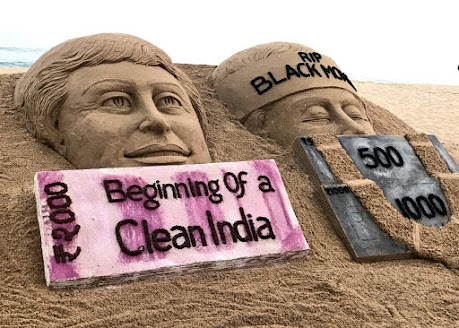 Down side of Demonetization

There was a definite slow down of the economy. Many sectors were hit hard like real estate and automobile. Agriculture sector was worst hit because it is 80% cash based. Resentment was there because of the poor planning and implementation.

According to RBI 99.3% of the currency which was in the market came back into the banking system which is interpreted as either there was very little black money in the market or the entire exercise was futile as all the black money has been laundered and is back into the system. Many are also of the view that the newly introduced Rs.2000/- currency note will increase the presence of black money because of ease of storage and hoarding. 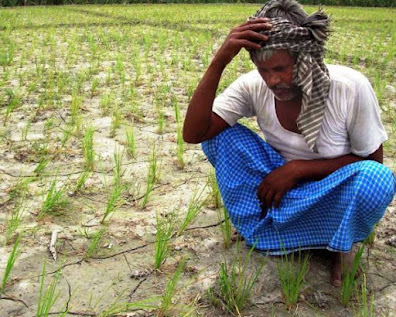 According to the Industry Professionals, Demonetization was a step that should have been avoided since it had negative impact on the Indian Economy and did not reap any substantial benefits.