We stop to appreciate smallest of things which sometimes makes us smile or the people who actually value us. We choose to prioritize our past and present which for most of us might be painful. In other words, we all stop living by complaining or whining most of the times instead of feeling blessed that we got to live each day!

Some people are so sure that they will live longer that they have their whole future planned out and these people generally don't make most of their present! They are often worried about their career or marriage or  living a luxurious life etc. The thing is  that they don't realize is that any day could come where anyone could die as future is very unpredictable.  According to me, thinking about the future is important but making most of the present is important too! 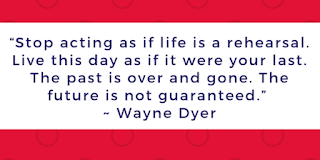 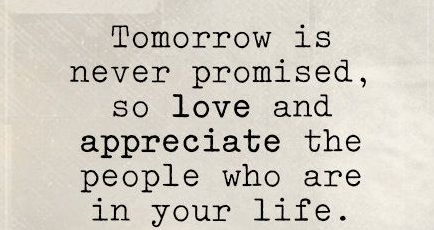 Lets meet one of the bravest girls in the world who could actually help us or guide us in viewing our life with a new lens !  Her name is Adalia Rose. She is a 14 year old girl  who lived in  Round Rock,  Texas, United States. 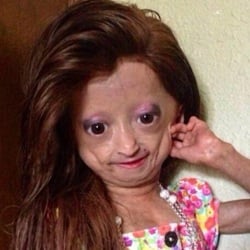 She suffers from Progeria.  According to Slideshare, Progeria is an extremely rare, fatal genetic condition that affects children and gives them an appearance of accelerated aging. The word Progeria comes from the Greek rogeros meaning prematurely old.

According to The Famous people, the children suffering from progeria are born healthy and remain so for the first 10 to 24 months of their life. After this they start to show signs of aging at a very fast rate.

This disease causes the body to grow older approximately six to seven times the normal rate. Though she has the mind of a normal teenager and acts like one but she looks like a small old lady seventy to eighty years old.

Her condition didn’t stop her from enjoying her life with full of happiness, hope and joy. She is a free- spirited girl who is currently a social media star! She loves her family a lot and even makes videos with them. 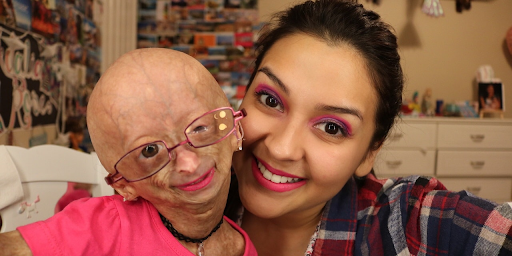 She is not at all embarrassed about her condition and is vocal about it! She motivates other people and faces her problems fearlessly and believes in living her life to the fullest!

According to The Famous People, she has more than 12 million fans on her facebook page and over 2.65 million subscribers on her YouTube channel.

The revenue generated from the videos are used for the research on the causes of this disease and the treatment of other children affected by ‘progeria’.

The reaction of the people towards her appearance were mixed. Some supported her, blessed her while others discouraged her for posting videos. Her face has even been compared to aliens and extraterrestrial beings . According to the The famous people, she even faced cyber bullying and death threats on the internet! 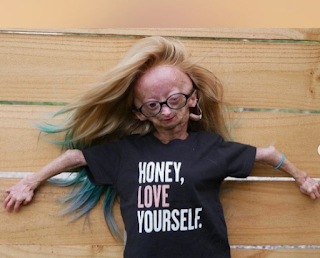 That still didn’t stop her to live her life to the fullest and is still vocal about her disease and still spreads awareness about the same fearlessly by making lots of videos and through promotional appearances. 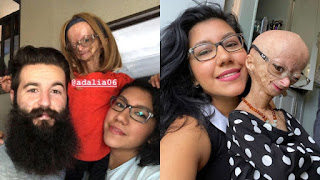 In the end of this article, like Adalia Rose, I would urge all the viewers to make the most of their present, to be brave enough to know your worth and not be influenced by other people, appreciating smallest things in life and lastly, living your life to the fullest with lots of hope , love and fearlessness!