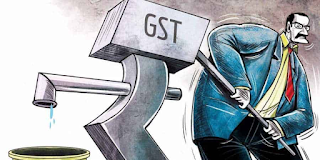 India is notorious for its complex tax system it is almost impossible for new businesses and startups to understand the direct and indirect tax systems, this problem gets even more aggravated when constant changes are made to taxes with each financial year but things change with the new goods and services tax commonly known as GST.

There are mainly three taxes in GST

There are four slabs in the GST system. They are 5%, 12%, 18%, 28%. These slabs are divided based on how essential the goods are? Many items of daily need like milk, bread, butter, and health facilities have been exempted from GST. The prices of some items have reduced like coffee, eating in restaurants, confectioneries while prices of some items have increased like cars, air traveling

GST has brought a major change in the indirect taxation system. It is beneficial for consumers, traders, and also the government. Though it has few drawbacks, it should not be the reason to demean a system that has many long-term advantages. In my opinion, GST is a historic move by our government that has brought major changes in our taxation system by implementing one Nation one tax. The GST is obviously not a panacea for all ills of India’s economy. It is nevertheless a revolutionary and long-pending reform. It promises economic growth and jobs, better efficiency and ease of doing business, and higher tax collection. We hope that its imperfections and potential pitfalls will be sorted out as we roll it out.