How Important is Female Education? 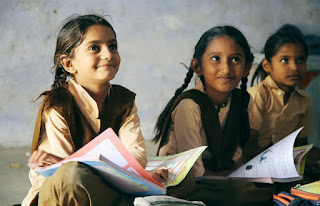 "Women are the eyes of the country" is a universal suffrage.

There is no doubt that the country will prosper if the light of women's education shines. All good people will accept the need for women to be educated, which is equal to the world's population. So let’s look at female education here.

Argument and Denial Against Female Education

Those who refused to accept the growth and importance of women uttered many words at that time. But many who felt the importance of female education supported it. It is an internationally accepted fact that a woman is hidden behind every man's success.

The Benefits of Female Education

The society of women who are paralyzed in the kitchen because women are educated has made many achievements. Today women have done their duty in various fields of the world.  From Kalpana Chawla to Sania Mirza, who have excelled in sports to aerospace research. Women make up the majority of the teaching profession. Indira Gandhi, who ruled India, was also a woman. Women have assumed responsibility for governance in various parts of the world; They have been performing to this day. Women are on par with men in all fields.

Women need to be educated to be healthy, prosperous and enlightened. We who worship women as gods should also educate women. We will develop female education.