Role of GST and its Impact on Indian Economy

Goods and Services Tax replaced many Indirect Taxes in India w.e.f. 01.07.2017 and is levied on the supply of goods and services. It is much needed Tax reform which will lay path to aligning the Indian Economy and the Indian Accounting standards with the International systems and standards. It is the biggest Tax reform in India based on “One Nation, One Market, One Tax”.

Impact of GST on Indian Economy

The instant impact of GST was that it resulted in fall in the GDP. People were not prepared for the enormous change in the tax structure. The Indian GST system is extremely complicated and requiring specialized systems and softwares and many small businesses were forced to take expensive services of professionals because understanding and handling GST is beyond their capacities. The implementation of GST was neither effective nor efficient with many changes taking place ion the framework and policies continuously.

With the coming in Force of GST there was an initial set back to the Indian Economy. With the passage of time things are  improving, the processes have smoothened out. The GDP is slowly recovering and improving. Gradually there is a steady increase in the FDI and people migrating to India. On the flip side for a common man at the micro level GST will translate into the common man paying more taxes. There is also an increase in the cost of compliances for smaller businesses which will translate into higher cost of production. 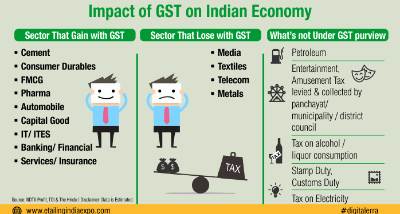 GST has replaced about 16 different types of taxes which were paid by Indian Businesses.  This has reduced the burden on the tax payer in terms of no need to  file different returns for different taxes. Hiring different professionals for different taxes. Compliances reduced because one ACT one Rule has to followed. For the Government it has resulted in faster detection of tax frauds and faster recovery mechanism by the government because now various departments like (Sales Tax, Excise etc.) are unified under one department of GST. 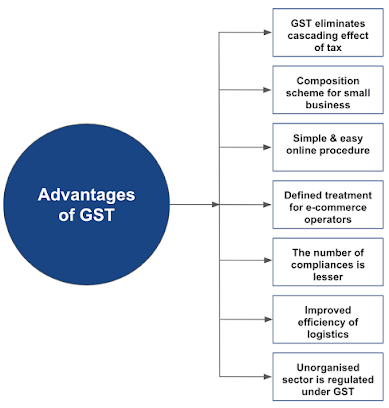 Down side of GST

In other countries like Singapore and Australia GST works under a single tax rate which means that all the goods and services are taxed under a single rate. However, in India the there are five tax slabs (nil, 5%, 12%, 18% and 28%) with 3 rates (IGST, CGST and SGST) because the single tax slab will not work in the Indian economy since we follow the concept of equitable distribution instead of equal distribution to ensure that tax benefits are passed on maximum to the poorer sections of the society.

The GST common portal is still not equipped to handle traffic of more than 50 lac users at a time resulting in huge glitches. Petroleum products and Alcohol have yet not been covered under GST resulting in benefits not being passed on to the customers in case of fall in the global crude oil prices.

Role of GST in the future of Indian Economy

It is anticipated that the Indian Economy will reap benefits of GST which is the biggest Tax reform in Indian History in the long run. With the removal of cascading effect of taxes, reducing and lowering tax rates, single tax net in operation it is estimated that the prices will greatly reduce leading to decrease in inflation. Due to its wide nature and since the entire functioning of the GST is IT based monitoring and curbing of Tax evasions will become very easy. This will result in increase of the revenue of the Government.

The entire economic operations of the country will be streamlined and fine tuned to become an extremely efficient system. Red - tapism and harassment at the hands of the Tax officials will be greatly reduced. Fiscal Deficit will be kept in check. Exports are bound to increase due to increase in the production capacities. Indian Industry will attract larger number of FDIs and all in all the Indian Economy will see an upward growth trend.

Over the last few months it has been observed that the already volatile stock market becomes extremely sensitive when any changes in the GST rate, structure or policies are made for a particular industry. Therefore GST has become a crucial factor in determining the net worth in an industry. 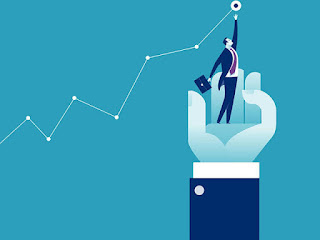 It is believed that GST which is the biggest Tax reform of India will have positive impact on the Economy in the long run with making it simpler with fewer tax slabs, reducing compliances and streamlining and smoothening the implementation. 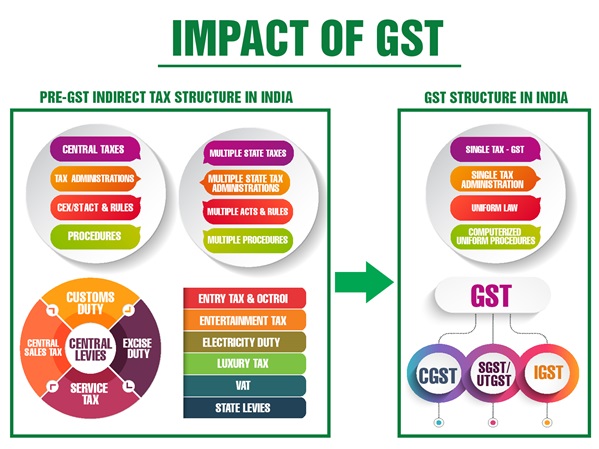 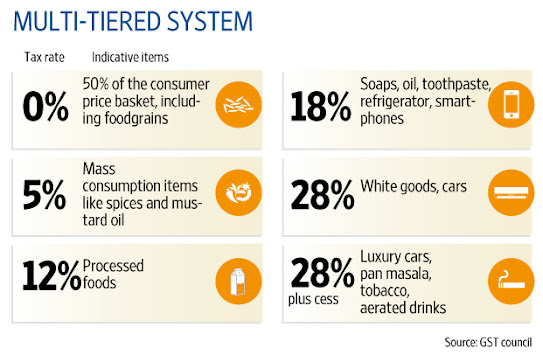