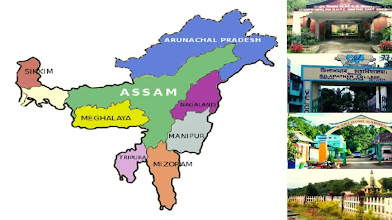 Northeast India, one of the most beautiful regions of India, is also known as the “Seven Sisters”. It includes Arunachal Pradesh, Assam, Manipur, Meghalaya, Mizoram, Nagaland, and Tripura states. Northeast is connected to the rest of the country by a narrow stretch of land between Bhutan and Bangladesh, and surrounded by an extremely sensitive frontier with Chinese-occupied Tibet and a 1600 km long border with Myanmar.

Every year thousands of children from these states travel all over the country for higher education and Delhi university in the capital state of the country is one of the favorite spots for it. And this institute also makes sure that they help them settle. One Northeast multi-cultural show is also one of those efforts to help students showcase their talent and cultural diversity. Mask Dance from Meghalaya, Pung Cholom & Basanta Ras Leela from Manipur, Satriya nritya from Assam, Naga Dance from Nagaland, and Bamboo Dance from Mizoram was part of the show.

The population of eastern India [northeast India in our vocabulary] includes a large population of tribal and minority people who speak languages closely related to languages of Southeast Asia rather than to the languages of India proper, and their cultures in many ways resemble the cultures of neighboring Southeast Asian peoples. Just as the southern boundary of China does not make a cultural or linguistic division, the eastern border of India does not mark off a cultural or linguistic area. Eastern India thus is an area where Southeast Asian highlanders come in contact with a highly stratified lowland society based on caste.